I don’t read comics, and coffee has never been my beverage of choice. So why on earth did I make not one but two trips to Oblivion Comics & Coffee this past week? Well, I went for the toast!

As I was scrolling through my Instagram feed last Sunday, I saw that someone (thanks, April!) had posted pictures of some yummy-looking vegan items from Oblivion. So I drove downtown Monday to see what they had. In addition to all the coffee drinks you would expect from a place with “coffee” in its name, they had a menu full of specialty toast items, almost all of which are or can be made vegan. They use bread from my favorite local bread baker, Grateful Bread, and instead of butter, they use Smart Balance Original buttery spread.

Then they add other spreads and toppings. I couldn’t resist the Winter Is Coming toast, consisting of French bread, buttery spread, cream cheese (yes, they have a vegan cream cheese option), crushed Oreo cookies, and chocolate syrup. Toast has never tasted so good! Other sweet toast options include cinnamon sugar, sprinkles, peanut butter with strawberry and blackberry preserves, and cream cheese with preserves. The only toast that can’t be made vegan is the one that has Nutella on it. And if toast isn’t your thing, they also carry a selection of Sugar Plum Vegan baked goods. 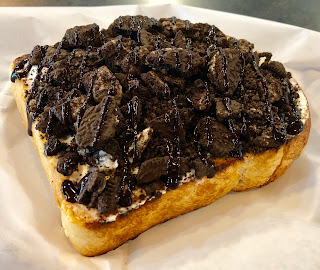 I went back Friday, hoping to try the avocado toast, but they were out of avocado. My next choice was called (I believe) the Rip & Dip — toasted sourdough with buttery spread, garlic salt, and a choice of hummus or marinara sauce for dipping. They were also out of hummus, so I ordered it with the marinara sauce. Very tasty! 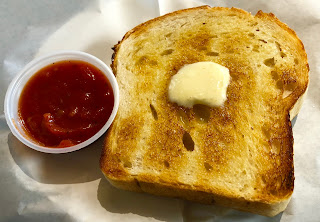 Even though I’m not a coffee drinker, I thought I should get a coffee so I could include the picture in this post. I ordered a latte with almond milk (they also have soy milk, both for an extra charge). I thought the Wonder Woman logo on top was a nice touch. 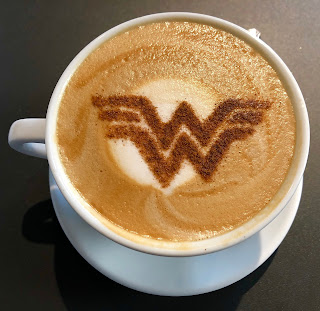 And I even bought a comic book! 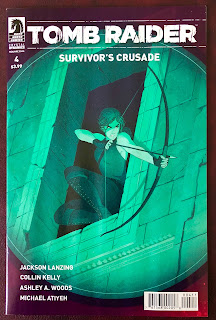 Oblivion Comics & Coffee is located at 1020 11th Street, Suite 100, and their phone number is 916-329-8839. Their website address is http://oblivioncomics.com/, and their Facebook page can be found at https://www.facebook.com/oblivioncomics/. The café part of the store is open Sunday through Thursday from 8:00 a.m. to 7:00 p.m., and Friday and Saturday from 8:00 a.m. to 9:00 p.m.
Share
Previous SUJI APPE BALLS / RAWA APPE / SEMOILINA BALLS
Next Oatmeal Scones