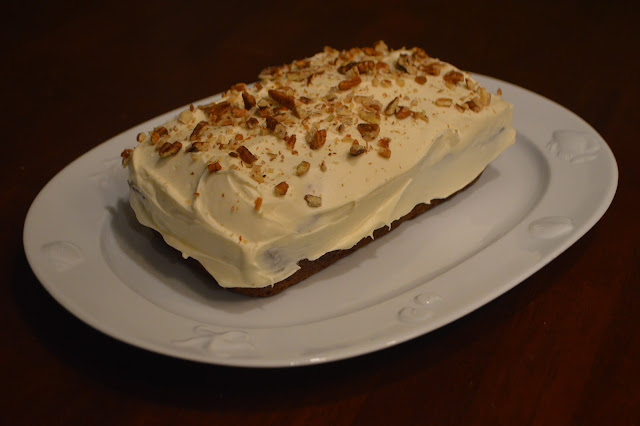 I love Hummingbird Cake and after polling facebook, I realized it’s very much a southern cake that a lot of people aren’t familiar with. To me it just tastes like spring and summer. It’s not tropical like you might think, I don’t really know how to describe it, it just tastes like home.

Heat oven to 350. Grease two loaf pans.  In a large bowl cream together the butter and sugars until light and fluffy.  Beat in eggs and vanilla until combined. In a separate bowl whisk together the flour, baking soda, cinnamon and salt. Stir the dry ingredients into the wet. Fold in the pineapple, coconut and pecans until combined. Add the mashed banana and stir well. Pour the batter into the two loaf pans. Bake for 30-40 minutes or until the cake is cooked through. Remove from oven and let cool for 30 minutes then remove from pans and let cool fully.  In bowl beat together the butter and cream cheese. Mix in the vanilla extract and powdered sugar until smooth. Spread over top of the cool cakes and sprinkle with the chopped pecans.