This is good. Very good. I got the idea from a menu
item advertised on the Bonefish Grill website. 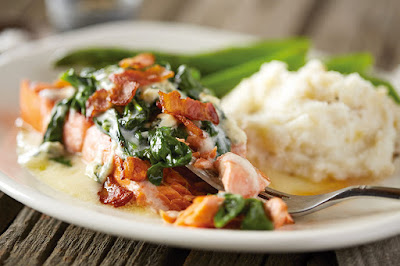 I thought “I can make that!” It’s very similar to
one of my other salmon recipes. My 2012 post
Salmon with Spinach in a Blue Cheese Cream Sauce 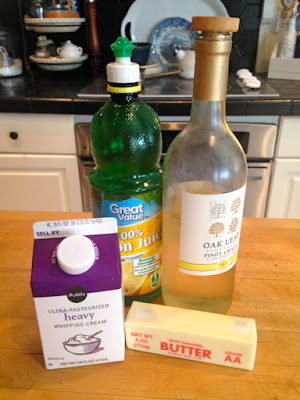 A little internet research found the Bonefish
recipe and I adapted and merged the two. 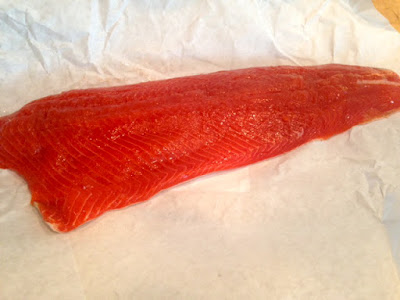 Start with a good fresh piece of salmon.
This is wild Alaskan salmon that’s been available
at my Publix lately. 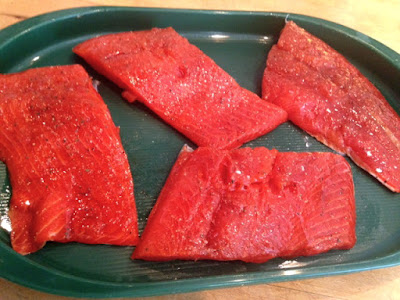 Season with your favorites. I did this. 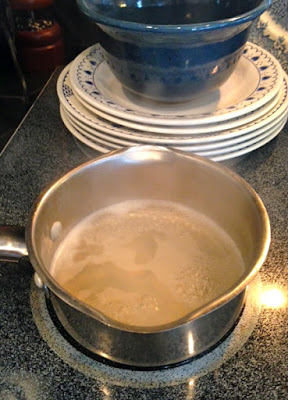 Start with the sauce. It needs to simmer
and reduce. 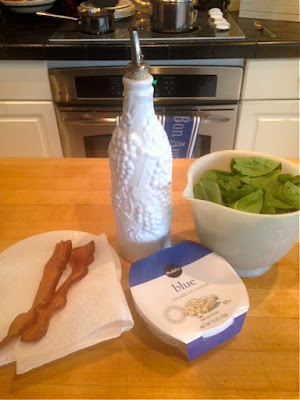 I made the bacon, just because it was the garnish
on the Bonefish dish. It’s a nice compliment to
the blue cheese, but it’s not necessary. 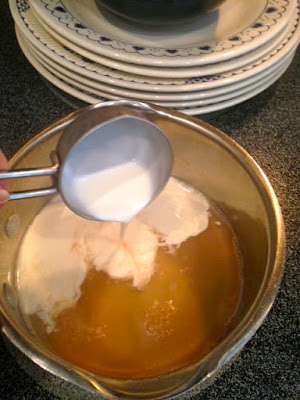 Add the cream to the sauce reduction.
Put your salmon on the grill. 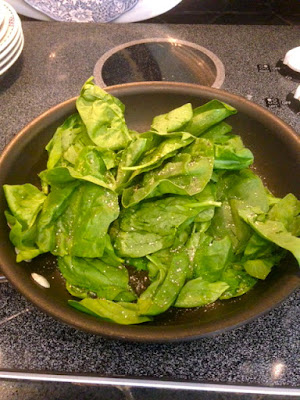 Saute the spinach in a little olive oil. Salt
and pepper. You’ll need lots of spinach because
it cooks down to 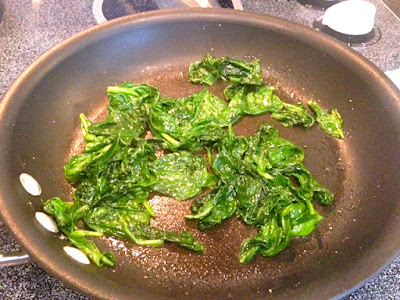 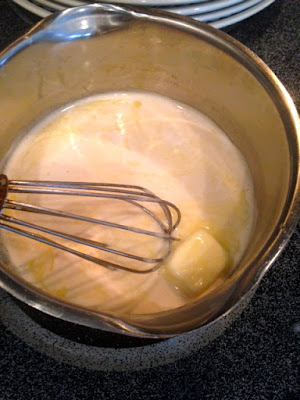 Whisk in the butter, cut up. 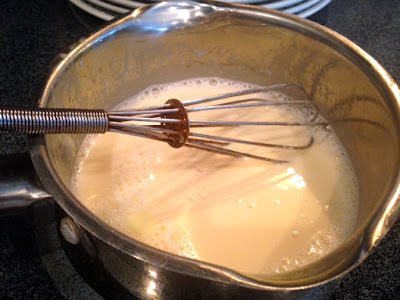 Keep on low heat until ready to serve. 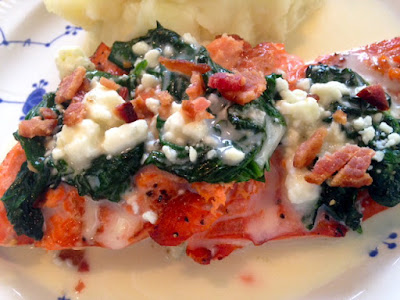 Once you’ve turned the salmon on the grill, top
with spinach and blue cheese. Cover the grill again
and cook until the cheese begins to melt. 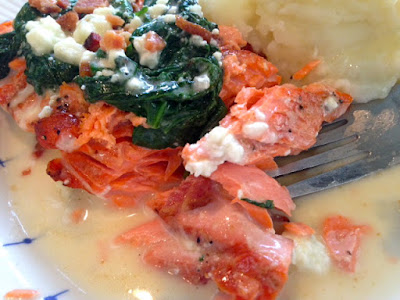 Carefully remove to a plate and drizzle with the
lemon cream sauce. OK, that’s more of a puddle
than a drizzle because the sauce is so good
and we love sauce here. I even dipped my mashed
potatoes in the sauce…and the vegetable.
Grilled Salmon with Spinach,
Blue Cheese and Lemon Cream Sauce
Lemon Butter Sauce
1/2 C white wine
3 T lemon juice
1/4 C heavy cream
1/4-1/2 t salt
10 T butter (1 stick + 2 T)
Simmer wine and lemon juice for
15 minutes to reduce. Add cream and
cook until slightly thick. Slowly whisk in
butter until the sauce emulsifies.

Links: Between Naps On The Porch,
Dwellings, The Scoop,
Share