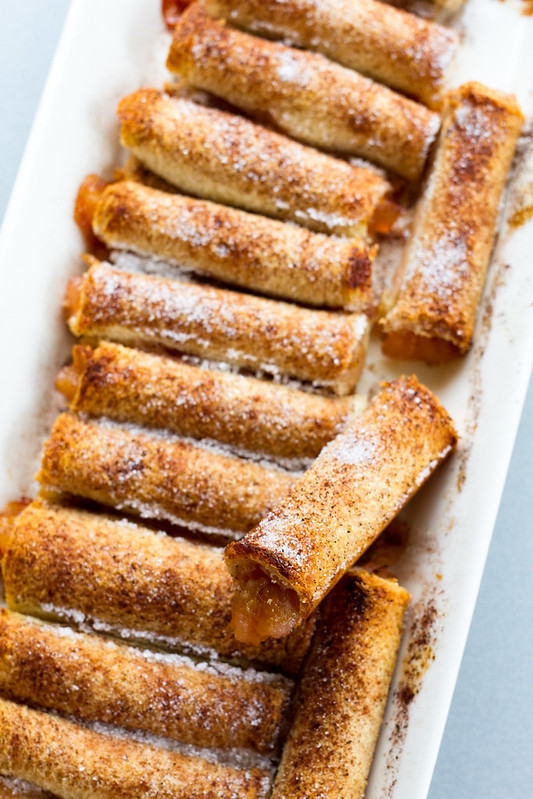 Those baked apple pie roll ups by Spend With Pennies turned up on social media last week and I decided to give them a go. It’s a very good year for apples in Estonia this year, we’re inundated with them! A good reason to try out as many new and old apple recipes out there 🙂

For the original recipe, see Spend With Pennies blog. Here’s what I did, using homemade apple jam of course 🙂

Pour the melted butter onto a small shallow dish.

Remove the crusts off the sliced bread, then roll each slice with a rolling pin until flattened thin. Put a heaped tablespoonful of apple jam alongside one end of the flattened bread (see this pic on my Instagram), then roll tighly. Roll the rolled bread quickly in the melted butter, then place into the oven dish, “seam” underneath.

Repeat with the rest of the bread slices and apple jam. When all “cigars” are done and neatly tucked into the oven dish, then sprinkle with cinnamon and sugar (go easy on the sugar, be generous with the cinnamon).

Place the dish into the preheated oven and bake for about 15-20 minutes, until the bread cigars are golden and crispy.

Remove from the oven, let cool a little. Enjoy – eating either with your fingers, or nicely plated with some vanilla ice cream.