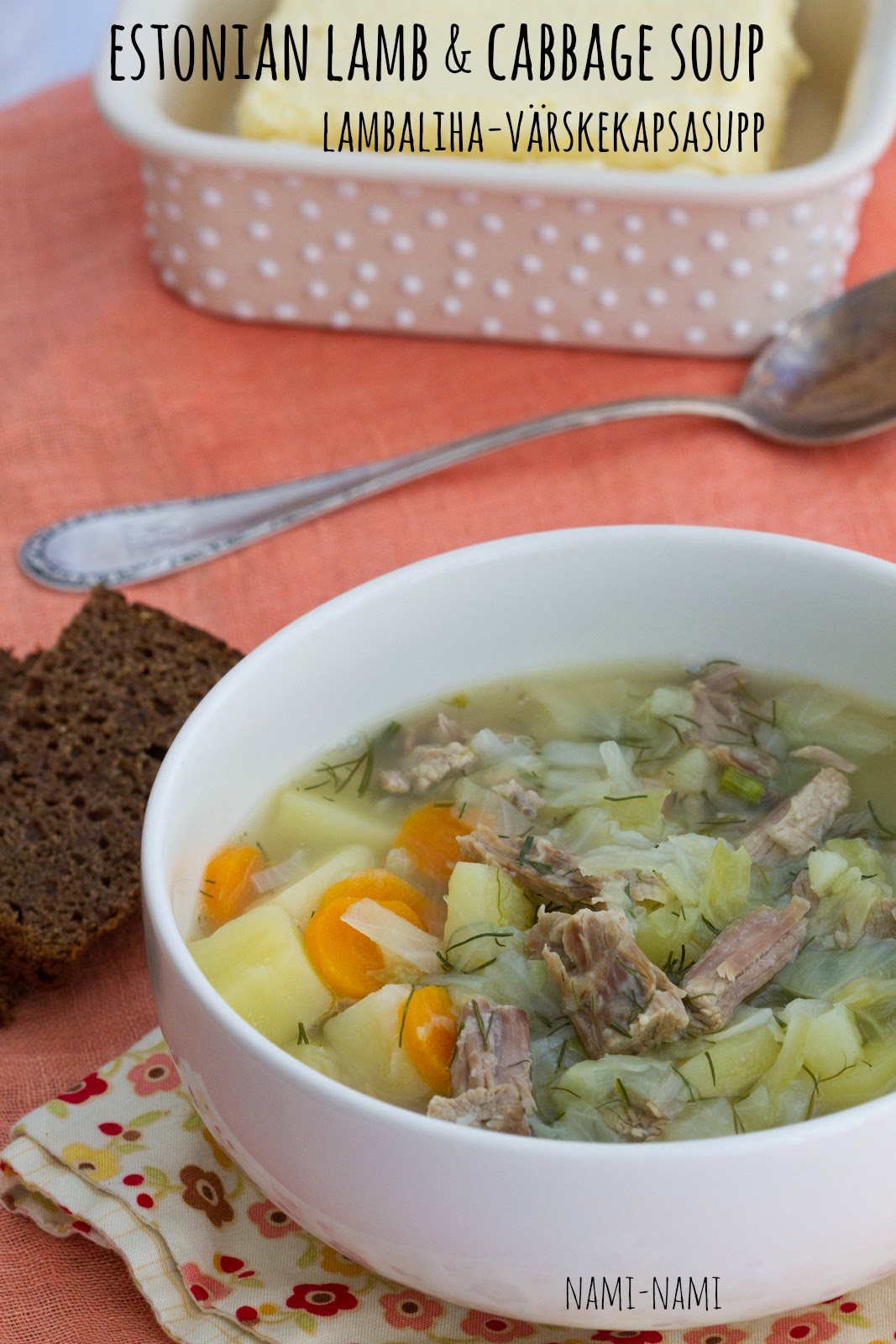 Time for soup! Earlier this year I came across a recipe for Islandic lamb and cabbage soup in the blogosphere. Lovely soup and justifiably popular – and almost identical to the Estonian way of making lamb and cabbage soup. Not surprising, giving the fact that both Iceland and Estonia are “up North” and the range of vegetables traditionally available is pretty similar.

It’s a simple and rustic soup, as many Estonian soups are. Hope it’ll become as well and widely known as the Icelandic one 😉

Note that it’s even better on the next day, so feel free to make it a day or two in advance. 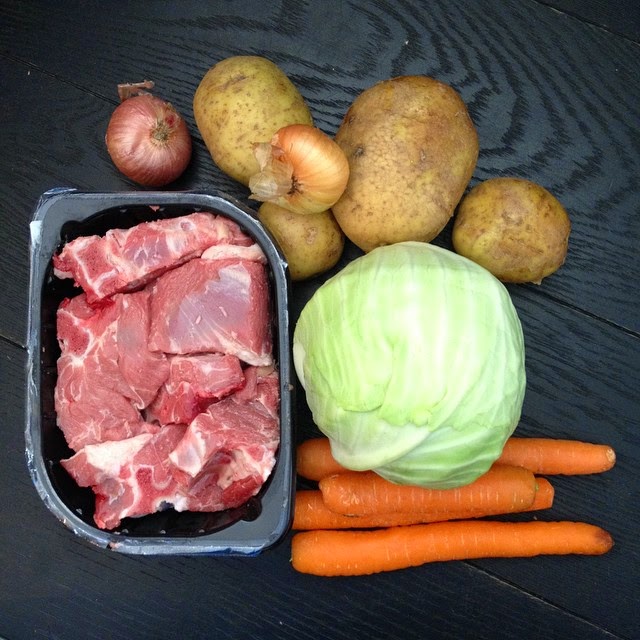 Place the meat into a large saucepan, pour in enough cold water to cover. Bring into a rolling boil, let boil for a few minutes. Then drain the whole lot over a colander. Rinse the saucepan thoroughly, return to the hob.

Rinse the meat under a cold running water to remove any impurities. Return to the saucepan. Add 2 litres of water and bring slowly into a boil.

Add the peppercorns and a generous pinch of salt. Bring into a boil, then reduce heat and simmer on a low heat for about 1,5-2 hours, until the meat is really tender and easily falls off the bones. (Skim off any fat or scum that appears at the top of the soup with a slotted spoon). Remove the meat from the soup, put aside.

While the vegetables are cooking, remove the meat from the bones and cut the lamb into small pieces. Return the meat into the broth and re-heat thoroughly. Season to taste, sprinkle with dill and serve.