Do Not Buy Cinnamon Sugar!

Sorry if I sounded so bossy, but you can make your
own and save tons of money! And by tons, I mean
way less than you pay for the pre-made stuff, not
“send your kids to college” tons. 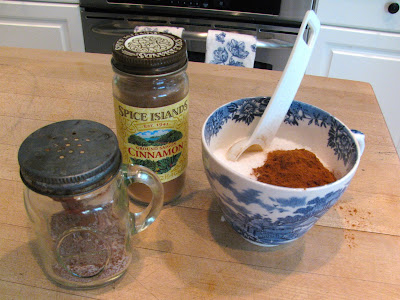 Hello, it’s just sugar and cinnamon in a ratio
that is perfect for your taste.
Make your own for about 50¢ or buy the
premixed jar for $3.19! No running out
of this good stuff too. 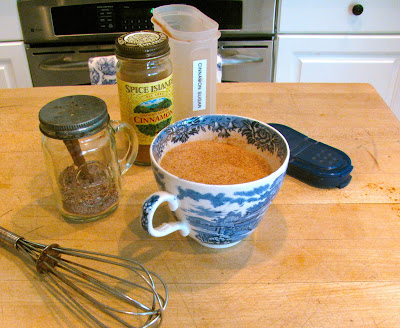 Mix any amount of sugar in a cup and add
enough cinnamon to your liking.
About ½ C sugar to about 1 T cinnamon. 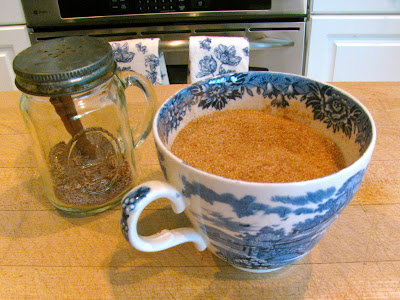 I like mine cinnamony,
so I that’s the ratio use. 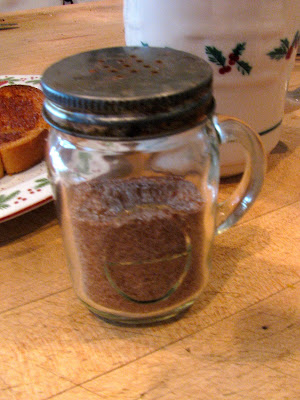 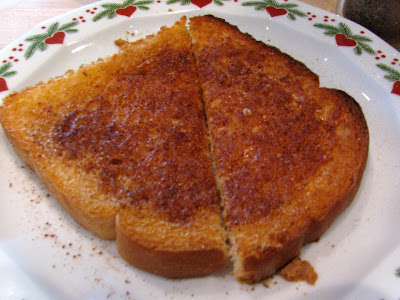 wonderful, buttery, cinnamon toast!
Is there anything better on a
cool morning? Nope! 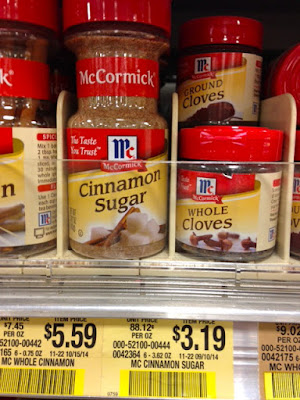 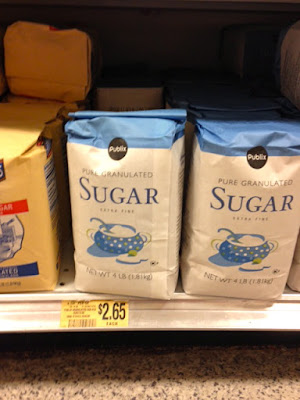 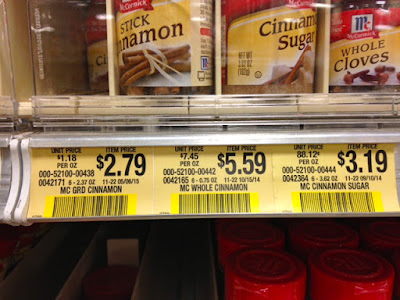 You are paying more for the sugar than the
cinnamon when you get them premixed.
Take it one step further and make your
own version of Pampered Chef’s
Cinnamon Plus and  Cinnamon Sugar Plus.
Enjoy!