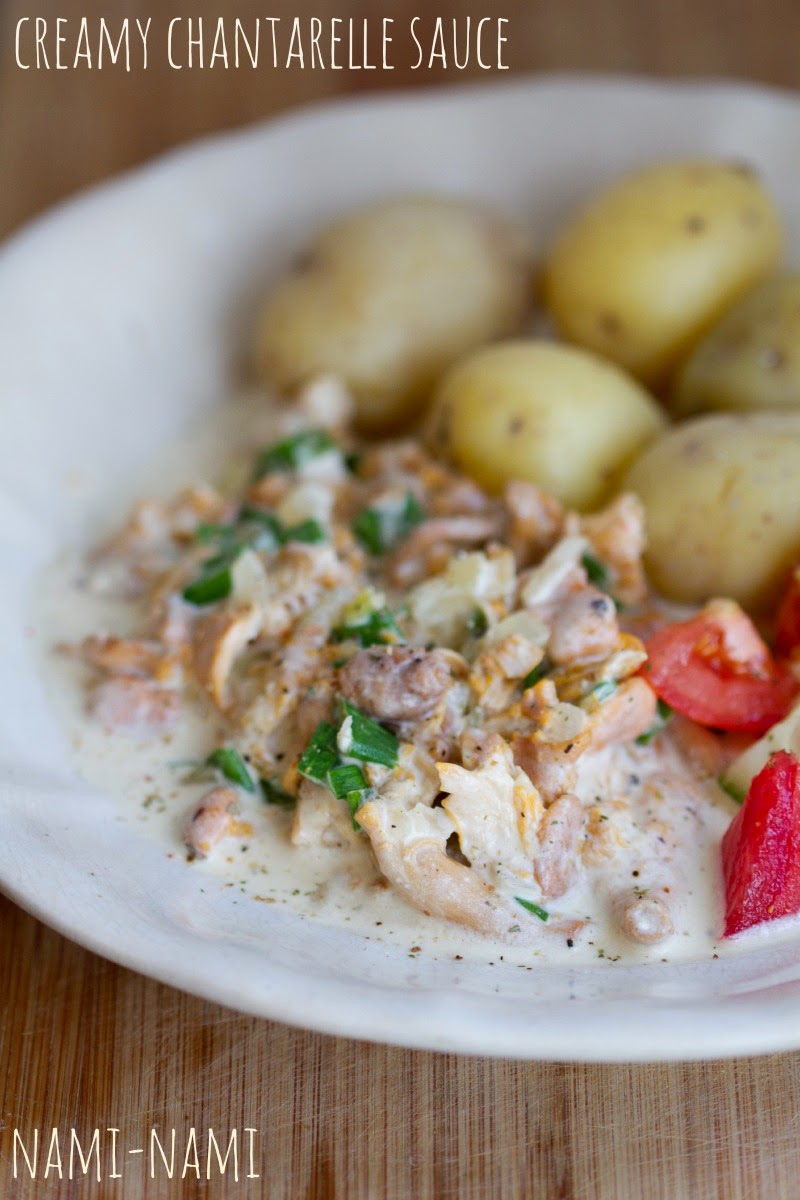 My regular readers all know about my love for wild mushrooms. We had a long and hot and dry summer here in Estonia – not the time for forageing for wild mushrooms. However, the autumn rains have arrived, so soon I’ll be heading to our regular mushroom forests to fill up the baskets (yes, the basket and my pink wellies are already in the boot of the car, waiting :))

Until then, I have to do with the fresh chantarelle/girolle mushrooms that are widely available at this time of the year. They actually appeared at the market stalls in early June, but were gone for a short while because of the heatwave. I’m glad they’re back, for sure!

I make a popular Estonian dish – kukeseenekaste – quite regularly. It’s a simple creamy chantarelle sauce that can be made either with fresh cream (then a spoonful of flour is often added for thickening) or sour cream. I prefer the latter these days, so the recipe is for that. While it’s a typical dish in Estonia, it’s not exclusively Estonian. The Finns make the same dish, calling it kantarellimuhennos. What is perhaps unique to Estonia is that we serve the chantarelle sauce as a dish on its own right – not as a delicious sauce alongside a steak or grilled elk or pan-fried fish or something along those lines. Kukeseenekaste is a perfectly satisfying meal on its own. (But then we’re funny like that here in Estonia. We can also have a pile of _brilliant_ potatoes as the centrepiece of a meal – just read Alanna’s overview about her trip to Estonia ;))

Carefully clean the mushrooms, then chop coarsely and set aside.
Melt the butter on a large frying/skillet pan over medium heat. Add the onion and sauté gently for about 5-7 minutes, until just slightly golden.
Increase heat and add the mushrooms. Season with salt and pepper, then fry for about 5 minutes, stirring every now and then, until the mushrooms have wilted.
Add the sour cream, stir and just heat through.
Fold in the herbs and serve with boiled or mashed potatoes.