Camellia Coffee Roasters opened recently in the space at the WAL Public Market on R Street formerly occupied by Metro Kitchen + Drinkery. I’m not much of a coffee drinker, but I had heard they might have vegan options, so I drove over on the weekend to check it out.

There were three vegan muffins in the glass case at the counter, as well as a few non-vegan pastries. I wasn’t really in the mood for a muffin, so I asked if they had any other vegan menu items. I was told they could make me a coconut yogurt parfait, which sounded perfect. In addition to the coconut yogurt, it had granola, agave, and mixed berries. It was an excellent mid-morning treat. 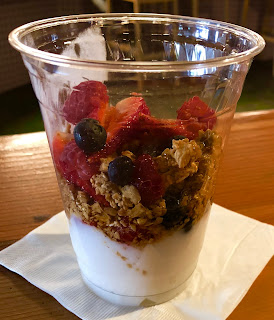 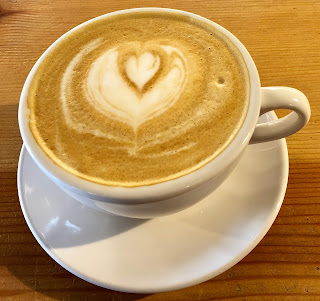 Camellia Coffee Roasters is located at 1104 R Street. I was unable to find a phone number for them, but their website address is https://camelliacoffeeroasters.com/ and their Facebook page can be found at https://www.facebook.com/camelliacoffeeroasters/. They are open daily from 7:00 a.m. to 7:00 p.m.
Share
Previous QUINOA HALWA / QUINOA DESSERT
Next Trevor’s Champ